Hammer Head Found in Irish Cave Could be Prehistoric 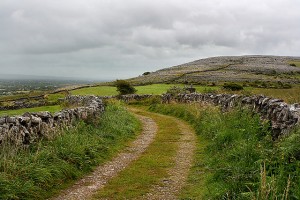 A hammer head made of antler recently found in a cave in western Ireland is suspected to be prehistoric.

Found in an area known as the Burren, the hammer head was discovered, along with a skeleton, by cavers last June while they were exploring a small cave in Moneen Mountain outside Ballyvaughan.

While tests have not yet been completed, experts believe that the hammer head made from a red deer stag antler is “likely to be prehistoric”. In contrast, the skeleton, which is of a teenager aged between 14 and 16, is believed to be from the 16th or 17th century.

The discovery of the fabulous antler hammerhead is hugely exciting…I can’t find any other parallels in Irish archaeology. Marion Dowd, for the Institute of Technology (IT) Sligo

Excitingly, the cave, measuring only 3 meters (9.8 feet) by 2.5 meters (8.2 feet), had not been disturbed until the cavers entered it, leaving a pristine environment.