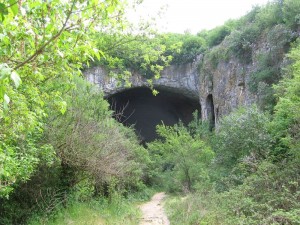 Magistrates in the northern Bulgarian city of Pleven ruled Thursday in favor of environmentalists who claim that bats were harmed during the recent shooting of The Expendables 2 inside Devetashka Cave.

One of the biggest caves in Bulgaria at 2442 meters (8012 feet) long, Devetashka Cave is one of the most important natural habitats of bats in Europe, with thousands of bats including some 13 endangered species calling it home.

Initial investigations by environmentalists after the movie shoot saw the bat population of Devetashka Cave drop by around 3/4, leaving only about 10,000 from the 35,000 bats that had been counted hibernating in the cave in 2010.

The ruling states that the permit that the movie shoot received was in violation of the law, and the regional Inspectorate of Environment and Waters failed to carry out a feasibility assessment.

Back in mid-January, the Veliko Tarnovo Appellate Prosecutor’s Office became the first state authority to side with the environmentalists after it concluded that officials had issued a permit, despite being warned of possible violations and afterward failed to check the cave during the filming.

A probe conducted by experts from the Bulgarian Environmental Ministry and the Bulgarian Academy of Sciences (BAS), concluded that the majority of bats were found to be in hibernation and the dead ones were within the norm of the usual mortality rate.