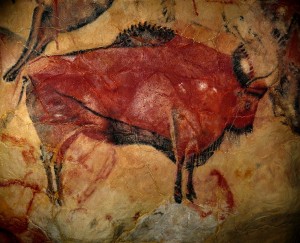 Spain’s famed Altamira Cave is the subject of a controversy over whether to reopen it after it was closed due to a microbial infestation attacking the 14,000+ year old Paleolithic rock art.

Now with the bacterial colonies under control, regional government officials would like reopen the cave to visitors. The researchers who worked to remedy the cave are concerned that all their efforts will be undone.

A microbial infestation first closed Altamira Cave in the late 1970s for several years before it reopened it in 1982 to limited numbers of visitors. Unfortunately the limit wasn’t enough to keep the cave’s delicate ecosystem in balance and the cave was again closed to the public in 2002.

The task of fixing the situation fell to geologist Sergio Sánchez-Moral and microbiologist Cesáreo Sáiz-Jiménez of the Spanish National Research Council (CSIC).

By working to control environmental factors that may allow microbes to thrive, the team has removed grasses and stopped cattle-grazing on above the cave, installed doors to seal the cave and removed the artificial lighting. All these changes have visibly shrunken the green stains on the cave walls caused by the bacteria.

The approach is not free of critics who believe the team has missed some things that should be done, such as trying biocides . As a result of the concerns, Altamira Cave’s board of directors has called for a new scientific commission to evaluate whether the site should be reopened and, if so, with what restrictions.

The recommendations of the CSIC scientists’ will be weighed in at the board meeting this November.