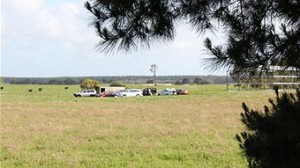 A Melbourne cave diver dies this past Sunday during a dive in South Eastern Australia’s Tank Cave.

His death, the second this year and third in two years, occurred when he failed to surface with his diving partner.

Going back to search for him, his dive partner discovered his body just 50 meters (164 feet) from the entrance.

The 40-year-old father and his partner both had over 10 years of cave diving experience and held the highest level of certification issued by the Cave Divers Association of Australia.

Both divers had been in Tank Cave many times before and knew the area they were in quite well. It is unknown why he didn’t make it out .

At over seven kilometers (4.3 miles) long, Tank Cave is a very extensive system and requires the highest training and experience levels.

This past February, another Melbourne cave diver, Agnes Milowka drowned while diving in the same cave.