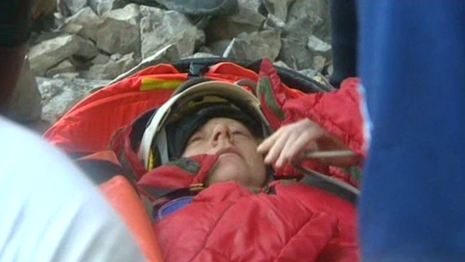 A 38 year old British caver was rescued Friday after she fell into a pit 11 meters (36 feet) deep. The caver was part of a group on through trip of the Diau cave system in eastern France.

Cave rescuers from Spéléo Secours Français, accompanied by a doctor and a nurse arrived at the scene to stabilise her prior to the extraction.

She was taken the 1.5 kilometres (0.9 miles) out of the cave on a stretcher before being taken to the hospital in Annecy where she was given medical attention for fractures to her pelvis and femur.

The complex rescue involved 50 rescuers who took turns helping maneuver the stretcher past the obstacles.