For Quick Cave Mapping Use Guns 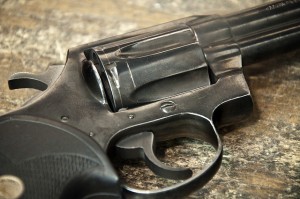 A new system uses sound waves from a gunshot to quickly map caves. This portable system was created by David Bowen of Acentech in Cambridge, Massachusetts and consists of two microphones placed at the entrance of a cave or tunnel, which are hooked up to a laptop that decodes the resulting acoustic signals.

A gun is fired four or five times, at intervals of ~5 seconds, and shortly after a map appears on the screen displaying the area at different distances ahead. For the computer to create the map it listens to the subtle changes that occur when sound is reflected off surfaces.

The device is clever enough to tell whether there was a dead end or if the passage continues.

So far the contraption has been tested in a railroad underpass, a mock network of sewer pipes in Georgia (part of a military training facility) and in several outdoor tunnels and caves in and around Boston.

For those wondering about bringing a gun into a cave, a subwoofer can be used instead. There are also plans to test a high-powered propane cannon to see if a louder noise will allow for more detailed maps.