On Now in Bulgaria, The 12th International Cave Rescue Conference 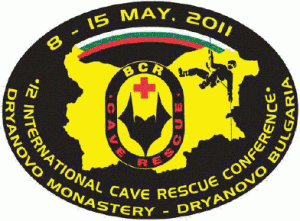 Running today until the 15th of May, the 12th International Cave Rescue Conference is being held near the Dryanovo Monastery in Bulgaria. The event organized by the Bulgarian Cave Rescue Service on behalf of Cave Rescue Commission of the International Union of Speleology is being attended by participants from all over the world. Croatia, Cuba, France, U.K., Hungary, Italy, Lebanon, Romania, Russia, Spain, Thailand, Turkey, Ukraine and the United States will all be represented.

Near the site of the conference are a number of interesting Bulgarian caves. Andaka cave, a horizontal cave with large chambers through which an underground stream runs, and Bacho Kiro, a tourist cave and the subject of archaeological excavations which have found paleolithic remains, are two of the most notable.

For more information on the conference, visit the official website.