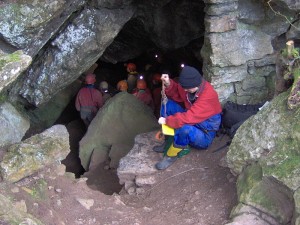 An 18 year old teenager was rescued yesterday after falling a short distance and dislocating her knee (Ouch!) during her first caving trip. She was part of a group visiting Goatchurch Cavern in the Mendip Hills area of Somerset, England, a popular location for first timers.

Paramedics, firefighters and a cave rescue team were called in and 3 hours later she was rescued and taken to hospital. A great job by everyone involved.

Hopefully this experience won’t ruin caving for her in the future.